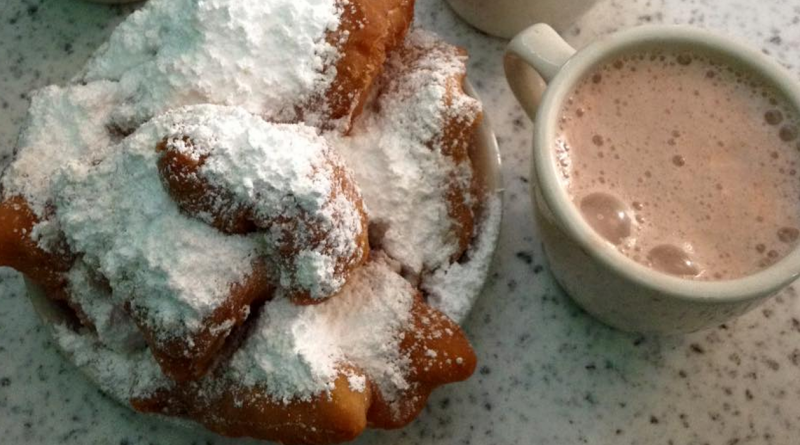 As the Greyhound hurtled towards New Orleans Emily and I couldn’t help but get excited, this was the place we’d been looking forward to most. My preconceptions of NOLA (short for New Orleans, Louisiana) were based on A Street Car Named Desire and The Princess and the Frog and I was not disappointed. Faded beads dripped in the trees left over from past parades, the street cars rattled on the tracks and there was deffo jazz. New Orleans was just what we needed after experiencing lack lustre Montgomery (see previous post). For example, riding the street car down to the French Quarter everyday did feel quite special and with the Mississippi River swelling right next to us I was able to say things like, “that’s the best (insert thing) this side of the Mississippi!” It’s the little things right?!

In terms of food, NOLA stood out. We feasted on deep fried oyster sandwiches known as po’boys (not my fave), jambalaya (good) and alligator sausages (omg could eat all day). When in NOLA it’s impossible not to resist the temptation of fresh beignets at the Café du Monde. We had our breakfast there and everywhere from the table tops to the floor was dusted in powdered sugar. We were not disappointed, while on the whole it was a little frantic to order you can’t beat a hot, sweet pastry coupled with an equally hot and sweet hot chocolate.

Bourbon Street was quite something. We first experienced it during the day which was unorthodox. As we passed clubs, bouncers lingering in the doorways emerged and offered us free entry which would have been good if it wasn’t mid-morning. Each bouncer got rowdier than the last and eventually we got offered fake IDs, pole dancing lessons and a lap dance from the bouncer himself! While some might have found Bourbon Street cheesy, intrusive and predatory, I loved it! It was like Wind Street times a million. It seemed that anything goes and everyone just wants to have a good time which is always nice. We returned at night to see the change and it was as if the air of creepiness had melted away and it had turned into any other strip in a resort.

As soon as the three of us had started to plan what to do on our trip I was set on taking a boat trip on the river. Luckily for me I have good friends who went along with my odd obsession to get out on the water. We took a classic steamer down the Mississippi which was live guided. The guide told us of the history of the stretch of river we were on and the importance of a battle that had happened there. While it was informative at the time, we all agree that we can’t recall for the life of us what he was on about. Night fell and we ventured down Frenchman Street where the jazz came recommended. We were not disappointed! Live jazz and jambalaya was the perfect way to round off our NOLA stop of the trip.

Leaving New Orleans was hard as the city was on the verge of full Mardi Gras transformation. One day I’d love to return to see NOLA at the peak of the celebration, throbbing with life and oozing with jazz but with our Greyhound tickets in hand we left NOLA behind to venture to the final frontier. Houston, Texas! The home of the Lyndon B Johnson Space Center aka NASA’s centre for everything related to humans in space. As all of us are more than fond of space related things and with only one day in Houston, this was a must do on our lists!

However, before we got to Houston we had to cross the Louisiana Texas state line. As we drove swamps turned to fields and trees draped in Spanish moss turned to fields and cattle. From this indicator I could tell we were getting close to the Texas border and as we crossed the line I knew I’d like it in The Lone Star State. I was confident of this as just one mile into Texas there was a huge sign on the side of the road that read “Welcome to Texas! We hope you’re hungry!” It was easily the best “welcome to…” sign of the whole trip.

Once in Houston we travelled to the Space Centre where there was a brief tour of the campus which included seeing THE Mission Control centre as well as the astronaut training facilities. While in Mission Control they talk a little about the history of the site and show a live stream of the activity in the International Space Centre. While the guide was talking I had my eyes fixed on the live stream hoping to glimpse an astronaut and as he was wrapping up his talk, a person floated past the edge of screen. A real astronaut! The room was full of restrained bursts of excitement because we’d all just seen an astronaut legit in space but then we’d remembered where we were and that adults don’t usually squeal when they are in a serious space centre. Once I’d seen a person in space I was haps and the rest of the day was spent looking at various other aspects of space exploration.

From Houston we went to the last stop of the Rethinking the South Tour 2k16, Dallas. Dallas was a big one for us because we’d all studied John F. Kennedy in a term at Swansea and we knew the historical significance of the city. First order of business was breakfast which was seemed a tour in itself as there was no obvious cafes anywhere, instead just towering office blocks. Eventually after asking in a phone shop where the nearest Starbucks was we found one in the offices of a major corporation. Amongst the business people we planned our day and decided upon Dealey Plaza, the accompanying museum and Klyde Warren Park.

At the grassy knoll in Dealey Plaza I felt sick. I wasn’t sure if it was due to the Starbucks grande mocha I’d just downed or the overwhelming nature of the place. To the unknowing it was just a bit of road with two white crosses painted on it but to us and many others, it was the site of the assassination of JFK. Upon reflection I think I was stunned by the apparent innocence of the place compared to the incredibly heavy cultural significance of the grassy knoll. The Sixth Floor Museum was a good companion to the grassy knoll with a really tasteful and well thought through exhibition that retold the events of the day of the assassination of JFK. From there we made our way to Klyde Warren Park, a stretch of highway turned public park, where we chilled in the sun and ate ice cream sandwiches and we ended our day by heading up the Reunion Tower to see Dallas by night.

The final day in Dallas was spent at the Dallas Museum of Art where we saw the works of Jackson Pollock and a Pop Art Exhibition. We were not particularly moved by Pollock but like many of the things we did on our trip, like the Fitzgerald Museum in Montgomery, we were glad we did it as we got more insights into the artists. As this was our last day on the Rethinking the South Tour we decided to do something special for dinner. Our Airbnb hosts had left their entire four story town house to us for the night so we thought we’d make ourselves at home and order a takeaway. While the plan was perfect in theory, the Chinese we ended up getting was no doubt the worse thing ever.

I feel this was a fitting conclusion to our trip as it kind of reflected what we’d experienced the whole time. Sometimes plans don’t work out and some places are really not worth the trip (cough, Montgomery, cough) but all in all, because you’re with amazing company, where you are and what you’re doing doesn’t really matter as with them, you’ll find the hilarity and the good side in everything.

(I do love a cheesy ending).

With Spring Break just a week away I look forward to exploring Seattle and Chicago as well as turning 21! 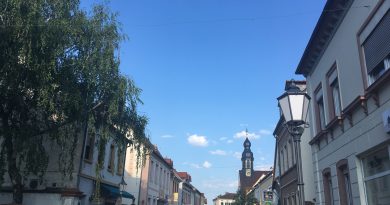 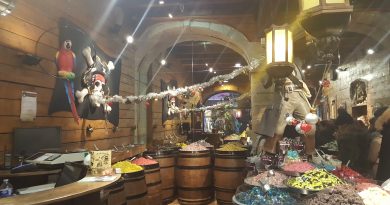 Health and exercise in Lyon (LingoMap) 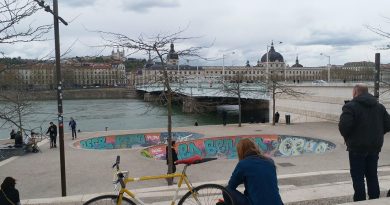 Diversity and Difference in Lyon (LingoMap)