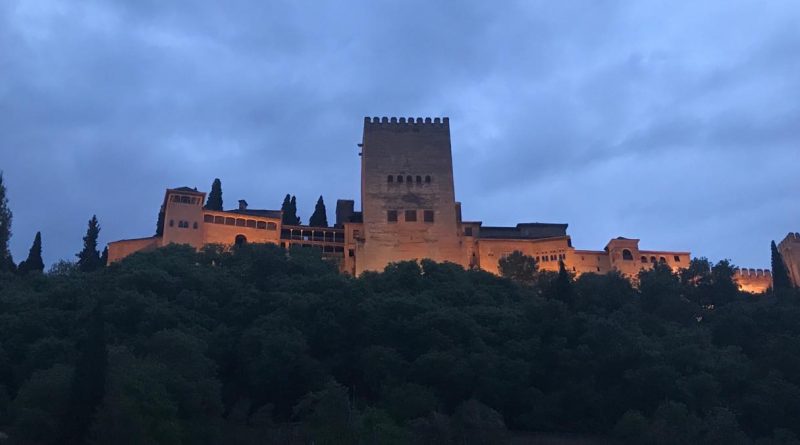 Global Opportunities
Friday October 19th, 2018Wednesday December 12th, 2018 Annie Maw 0 Comments College of Arts and Humanities, Language Year Abroad, Spain, study abroad
Could we even make it through Manchester airport without drama? No would be the answer. Security decided that ram raiding Rebeka’s little case would be really fun. Have you ever seen a small child’s face when you take a teddy from them? That was Rebeka when they took her marmite. What a start to our Year Abroad!

After around 4 hours of travelling, we arrived at our humble abode for the next 6 months. It was boiling in the flat but we’re super lucky as we’ve got two air con units. Once it cooled down we decided to try out our first ever siesta. We then spent a couple of hours unpacking and making the flat homely. After that we embarked on an adventure to the supermarket. How exciting!

On to the next task, getting a N.I.E (Spanish ID card). This is super essential if you’re going to be in Spain for more than 3 months. After fretting over this for a few days, we decided to use a company to fill in all the paperwork and provide us with the relevant forms; without all the correct documents and evidence, you will get turned away. Once the company returned our forms we had to find a bank that was willing to let us pay the tax and stamp them. This was not as easy as it sounds. We visited 3 banks in total. The first one shouted “Estamos cerrado” as soon as we stepped inside (they were clearly open, people were everywhere), the second one needed the N.I.E to be able to process the form and the third only had certain hours in which the tax could be paid. So we went back to the 3rd bank after the weekend and managed to get it sorted. Now we’re just waiting for our appointment to collect the N.I.E…

14/09/2018: Our time came to get the N.I.E. So we set off at stupid o’clock to the Foreigners Office and queue outside for what seemed like a million years. Then in we went, printed our queue tickets and sat in the waiting room. Rebeka was up first. After 20 minutes without any contact, there’s suddenly text messages flying back and fourth; apparently we had the wrong paperwork (EX-15 a form for people from the EU – which we can insure we are) and we hadn’t paid the right amount of tax. Holding back our anger we run back and fourth between banks and reprographics shops all in the hope of getting everything sorted. The police gave us EX-18 forms and in the end we ended up with residency as well as a N.I.E. Why that happened we’ll never know. Somewhere along the line something must have been lost in translation. 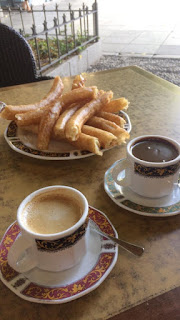 Despite being in an Erasmus hub, amazingly connected to other cities in both Europe and Spain by plane, train and bus, it’s always important to explore the place you’re living in. It’ll help you to better understand the people and their lifestyle. So, when Rebeka’s dad visited for 3 days, we were given the perfect opportunity to explore the beautiful city of Granada, taking in sights, culture and of course, churros. After running him ragged around supermarkets and carting tins and jars up the five flights of stairs (note to self: NEVER rent a flat without a lift), we slowly made our ascent to Mirador De San Nicolas, a picturesque viewpoint in the Albaicín area of Granada. We rounded off the day with a well earnt ‘tinto de verano’. Pro tip! If you want to look like a local, order tinto de verano instead of a sangría – it’s made of red wine and lemonade and tastes delicious! 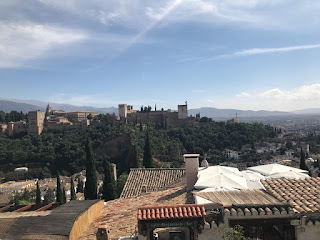 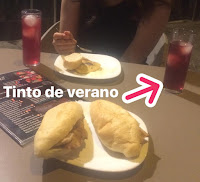 Finally, we’ve enrolled at the Facultad de Traducción e Interpretación. We only went to the International Relations Office to get our learning agreements signed and next thing we know, we’ve enrolled. The admin here isn’t the greatest, everything is “mañana, mañana” and it’s not the easiest to get replies to emails. But we’ve realised that it isn’t unorganised, it’s just a much more relaxed approach than what we’re used to in the UK.

P.s. There’s been six earthquakes since we got here and we definitely did not sign up for that! 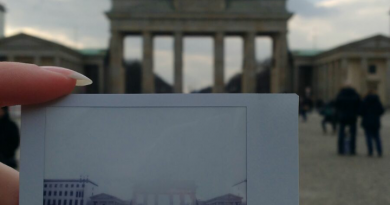 The Making of Modern Germany (LingoMap)