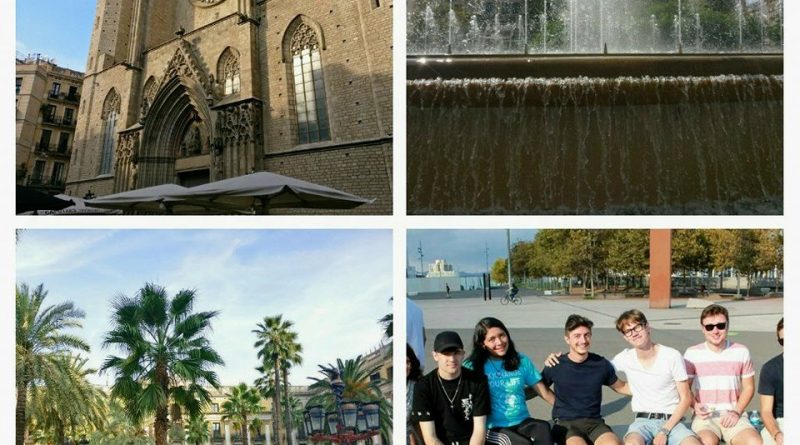 I’ll start by putting things into perspective – “paint the scene!” my GCSE English teacher once said – and so, it’s currently September 22nd, a Friday and a solid 23º outside. Waking up shortly after 10:00 this morning, I walked across the small town in which I now live in order to buy some basic essentials from Lidl. Milk, bananas and washing detergent. This is really the epitome of my life. But whilst walking through the small alleyways and cobblestone streets, it began to dawn on me… There’s still so much useless stuff I need to tell you all about! Please, sit. Get comfy and enjoy.

Welcome to the Pompeu Fabra

September 20th was my first day of university in Barcelona. Whilst classes don’t officially start until the 26th, Wednesday was more of an orientation day in which we spent more or less all day in an auditorium listening to various talks/speeches. Being a predominantly Catalan university, I knew there would be people and lecturers talking in Catalan. But nothing prepared me for the speed and intensity in which they spoke – and nothing prepared me for the Catalan music they were playing in between talks and during the breaks.

They were using every opportunity possible to plug their Catalan courses and classes. The strangest sensation by far comes from the conversations I have with students and teachers who talk and ask questions in Catalan –  and even though I understand them perfectly fine – I’m incapable of replying. It results in a bilingual conversation in which I am answering Catalan questions with Spanish answers.

I was also amazed at the university itself. More or less, the entire Poblenou Campus is built on top of an old factory which has been renovated and modernised to a high degree. Practically everything is made from marble, metal or fancy stone. On top of this, most desks and tables are clinical white, and the university logos and signs are posted in bright ‘UPF red.’ It feels very much like Swansea’s Bay Campus. All the buildings seem unnecessarily large. The décor is hard and brutal. But it works. It makes the university feel ultra-modern and high-tech… And, whilst the lack of free pens was severely unsatisfactory, I’m a big fan of the free UPF folder/binders that were given out alongside our student cards.

In terms of modules, I still haven’t a clue what I’m doing yet. But we were told about the Add+Drop days on the 27th and 28th of September so I will just have to wait until then.

On the 21st I also attended a talk specifically aimed at the translation students. Although most of the information given was just repeated by a different set of teachers, it was nice to finally match a face to all the people I’d been emailing. Additionally, it gave us the opportunity to scope out all the other kids on my course. And boy, there are a LOT of British people here… Specifically a lot of northerners….

On top of this, I personally feel somewhat safer if I speak Spanish or a Spanish/Catalan hybrid whilst walking through the city. Having already witnessed huge Catalan protests (more info to follow) and the police chasing a thief on the metro, I feel like talking English openly on the streets is the equivalent of having a huge LED sign above your head, screaming you’re a tourist.

But, I’m not completely ‘Billy no-mates.’ I have successfully infiltrated a gang of Latinos. As an adopted Latino, my current squad is primarily made of Chileans; Mexicans and Colombians. Yes…. I too was completely dumbfounded by the fact that people whose native language was Spanish would choose to study in Spain for a year abroad. But they do.

Now, some juicy bits from outside of university:

For anyone who doesn’t know much about the current situation in Catalunya, allow me to explain. Catalunya is an autonomous community in north eastern Spain. Effectively, it’s like Wales or Scotland in the UK. It’s part of Spain, but it does its own thing, speaks its own language and has its own government which can make its own laws regarding aspects of education, health etc. Catalunya is also considered to be one of Spain’s richest regions and many people here feel they pay too much in tax to the rest of Spain without receiving as much in return. All of these aspects have accumulated in the desire for Catalan independence.

So why am I telling you this? Well… On October 1st, Catalunya will hold their very own IndyRef. Unlike the referendums which have been held in the past, the Catalan government has made this the first binding referendum. However, the central government has called it illegal and unconstitutional. In addition to this, on the 20th of September, the Guardia Civil arrested various Catalan politicians for their roles in organising the referendum.

Because of the situation, massive protests and demonstrations have become a normal part of daily life in Barcelona. At home in El Masnou, my landlady and I watch the 9pm News (Spanish version of the 6pm News) on TV3 (the Catalan BBC) which shows pictures and videos from the day’s massive protests, marches and the likes. On top of this, EVERY DAY until the day of the referendum, at 22:00pm exactly, people all over Catalunya, throw open their windows and doors and bang their pots and pans together in a style of protest called cacerolada. The first night this happened I literally thought the village air raid siren was going off! I had no clue what was happening and was so close to believing that I needed to evacuate…

It’s Saturday, September 30th. Tomorrow is the day of the referendum and the atmosphere in and around Barcelona is getting weird.

To start with, my first week of University never really happened. Whilst classes started on Tuesday 26th, due to my issues with module selection and enrolment I missed the two classes I was supposed to have between Tuesday and Wednesday. However, by lunchtime on the 27th I had enrolled on correct modules and had made a timetable.

This is what I’ll be studying over the course of stay at the Pompeu Fabra:

Things to note: The CEFR A1 Català module will result in a private certificate as it was an elective module outside of my plan of studies. This is because, unfortunately, all of the Catalan language modules were full and there were no more spaces available. Therefore, I had to pay for these classes outside of regular enrolment through the University’s Idiomes program. The geography course isn’t about rocks and mountains etc. It will be more about society and people. Furthermore, the language of instruction for these modules depend on the lecturer’s preference. Some will be taught in Spanish (Castilian) and some will be taught in Catalan.

After missing the first two days of classes, on Wednesday evening I received an email informing me that all classes and academic activities had been suspended until Monday 2nd of October due to the extraordinary political situation unfolding around referendum weekend.

So, what have I been doing all this time then? Well… Everything! As previously mentioned, after arrival I walked straight into La Diada. A mere week or so continuing from this, Barcelona then celebrated an annual event called:

La Mercè celebrated the Catholic feast day of Our Lady of Mercy. It involved a long 4-day weekend where the city was full of gegants i capgrossos (massive papier maché giants), sardanas (a traditional Catalan dance), castellers (the famous human towers) and the closing piromusical (fireworks timed with music!). Unfortunately, I haven’t worked out how to put videos on this blog… But if you go to my Facebook, you’ll see videos of the castellers, piromusical,  and also the cacerolada that I mentioned earlier. Since I’ve nearly finished my bucket list of things to do in Barcelona within 20 days, I decided it would be a good idea to get fit. “Achieve that Spanish bod”…

Everyone who knows me is probably dead or dying right now… I am the furthest thing away from sporty that is physically possible. Even walking up the stairs to the flat is a bit of a challenge in itself! I already exercised like twice and now I’m eating chocolate and contemplating the 30-minute walk to the nearest McDonald’s. But seriously… I excised twice. Who am I? Honestly it was horrible and I doubt I’ll do it again. Especially since it involved getting sunburnt in all of the places!

What about the referendum?

Because the referendum will surely be a massive topic, I’ve decided to create a separate blog post all about the experience. So you’ll just have to wait! 😉 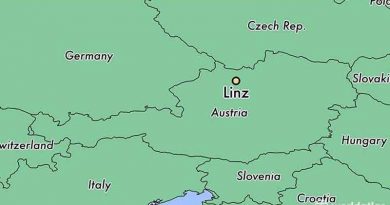 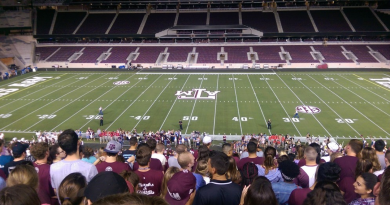