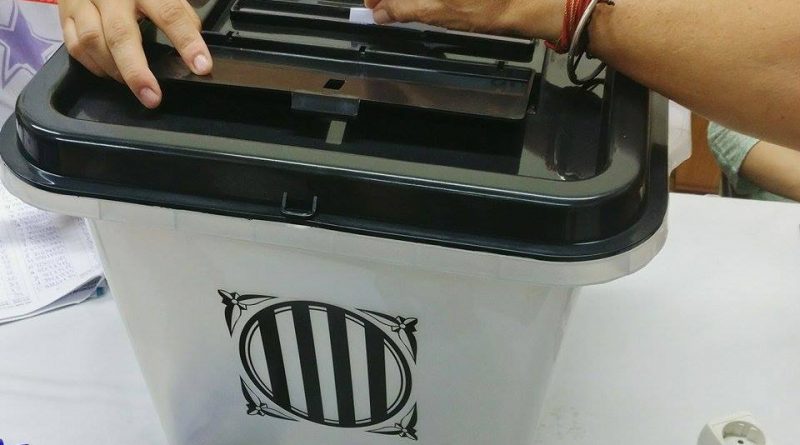 Disclaimer: This post is/will be biased! I support democracy, I support freedom of expression and I support self-determination.

Laura, the lady who I live with, asked me last night if I wanted to come with her to vote. Of course, I said yes! This is a massive event. This single event has been shaping my Erasmus experience, ever since I arrived roughly 20 days ago. So, this morning, at roughly 08:00am Laura, her sister, mother, son and I walked to the town hall to vote. I’m currently 20 years old. This means I’ve voted roughly 4 times… One general election, the Brexit referendum and a couple of local elections. I knew what was going to happen… You go to the polling station; maybe there’s a queue of 3 or so people, some old lady ticks your name, you make your vote and put in a box. Done. Right?

We arrived at the town hall and it literally looked like the entire town had come to a single polling station. And even when the heavens opened and the rain turned the street into a makeshift swimming pool, everyone remained, waiting to cast their votes.

To start with, I was super surprised at how the queue was working. Jumping the queue in the UK is like juggling with your own life. People don’t like it. We don’t care who you are – you get in that queue and you wait your turn!

Here, no. Preference was given to the gent gran (the elderly) and after one or two successful ballots cast, I got why. Many of these people have been fighting for an independent Catalunya their entire lives. And people understood that, and so would cheer as they left the polling station.

But what caught me even more by surprise was that this vote wasn’t just for the elderly. The queue was full of young people too. And some of them… Gosh… some of them were lookers!

And it was a good job I was in a queue full of attractive people. Due to technical issues with the computers inside of the polling station, Laura’s family and I ended up standing in the same spot for just over 3 hours…

Ballots were being cast VERY slowly. This is because, unlike in the UK, to vote in Spain you must provide your national ID card as proof that you are you. This card has to be scanned – in order to prevent you from voting a second time in the same vote. Logical. But boy… These computers were stubborn. As were the voters too!

As you know, the referendum was declared illegal by the Spanish government and therefore the Guardia Civil (the national police in Spain) were doing everything in their power to stop the referendum from going ahead. Therefore, during the long wait, many people – including myself – spent the time waiting by listening to the Catalan radio. We weren’t listening to music though. We were listening to find out which polling stations had been raided by the national police.

Explanation time: The Guardia Civil (National Police) are nothing like the police offers we think of in the UK. They are more like the army. They are the people you find at Spanish borders, ports, airports and other national institutions. Because of this, they are directly employed by the Spanish government and for the most part are Spanish speaking Spaniards.

The actual “police,” on the other hand, are owned by each autonomous community. In Catalunya they are called ‘Los Mossos d’Esquadra.’ Because the Mossos are obviously primarily made up of local Catalans – many of whom also support independence – they have decided to effectively do nothing to stop the referendum. Due to orders received by the Spanish courts, the Mossos are present at polling stations – however they don’t do anything to prevent the referendum from taking place.

So how does this relate to this morning?

Well, roughly ten minutes after my squad arrived at the polling station, a pair of Mossos marched through the crowd of people and started speaking to the group of women in charge of the vote. Everyone immediately went silent. But since they were talking in speedy Catalan, I didn’t quite catch what was happening.

But after I spoke to someone else in the crowd, they explained that the conversation went something like this:

Lady in charge: (falsely) No one. We’re just a group of people enjoying the fresh Sunday air.

And as the Mossos turned and walked away the crowd instantly broke into applause.

**Some viewers may find some of the following images distressing.**

As we continued to wait in line, everyone listened intently to the radio to find out which polling stations had been raided by the Guardia Civil. Over time, it became more and more evident that things were getting out of control. The national police had started to use rubber bullets and batons to force people out of polling stations.

Rubber bullets were made illegal in Catalunya back in 2014, and yet as I’m writing this, more than 460 people have been admitted to hospital due to the use of force by the Guardia Civil.

As we stood in the queue listening to the radios, tractors were being driven into the towns and cities to block the streets and prevent the national police from entering polling stations. But finally, the moment I had been waiting for arrived. After 3 hours of queuing and awkwardly greeting my landlady’s entire family – which consists of a lot of members I might add – we got to the ballot box. Having spent the best part of a month in the Catalan capital, I’ve realized that this referendum’s meaning is not just about independence. It’s about democracy. It’s about freedom to decide your own future. And therefore, I, and many Catalans who are pro-independence, celebrate images such as this:

It doesn’t matter if you vote in favor or against independence. What mattered today was simply having the ability to cast that vote!

“Oh my God, I can’t believe you left it two days to continue writing…”

Well dear reader, that’s because with everything happening, I’ve been a bit busy. But today is a General Strike across all of Catalunya to protest against the violence that occurred during Sunday’s vote – that means that uni’s closed and I’ve got some free time. Let me get you up to speed:

After writing the above entry I actually headed back to the polling station. Laura had told me that the town had started a little gathering outside the town hall. Everyone was drinking, chatting and all importantly, keeping an eye on the police. Skip forward a couple of hours at 20:00pm the polling stations closed.

After the guy who bought the tractor to the town hall stood up and made a speech about how hard the ladies behind the tables had been working all day, people began to cheer in thanks. He also thanked the Mossos who – and I was completely unaware of this – never actually left. Those two Mossos from the start of the day, had actually been stood just at the bottom of the park the entire time. Watching. Waiting.

The cheer that followed was by far the loudest and people began to chant “Mossos, Mossos, Mossos” as a way of showing their appreciation for the protection the Mossos had provided. Then a spokesperson got the crowd to form a channel and told everyone to not take photos of whatever was going to happen next.

As far as I’m aware, the seal shows the closure of the polling station. It shows that polling went ahead successfully and without any issues.

After this, the women verified the votes and read the numbers out loud to the crowd. El Masnou – specifically Ocata, where I live – is, and always has been, a very pro-independence town so the result didn’t really surprise me. Within the district, votes had voted overwhelmingly in favour of secession. But what surprised me was that the crowds were forbidden to chant chants that had been associated with independence. This is because there were people who voted against the referendum. The town’s people were fully aware that this was democracy and that in respect for those who had voted ‘No,’ chanting profanity would simply be rubbing people up the wrong way.

People chanted instead “Hem votat!” – this is in reference to the “Votarem!” chants that occurred before the day of the referendum. Instead of chanting “We will vote!” people now chanted “We voted!”

It’s a slab of white chocolate with the design of a ballot paper printed onto its surface. 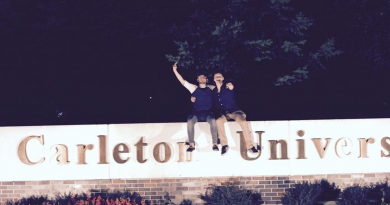 My first month in Canada 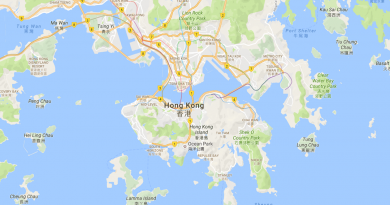 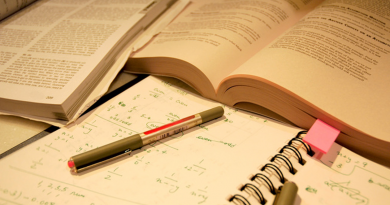