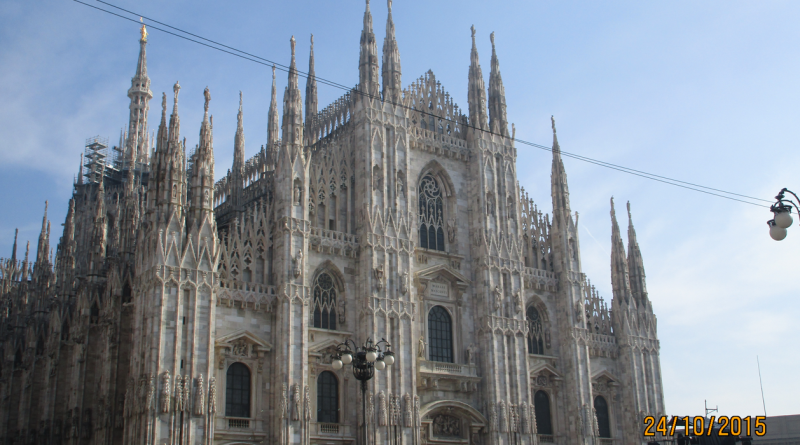 I’ve been in Italy for over nine weeks now; sometimes it feels as though I have been here for ages, and sometimes it’s as though I’ve been here for no time at all. Personally, I feel honestly as though I’ve not had a great time, but, simultaneously, it’s not been absolutely unbearable. I’m looking forward to going home for the Christmas holidays in three weeks’ time. Life in Italy is very different to life in the UK and I have learnt so much.

Living in Forlì has been a different experience to living at home in Reading and at University in Swansea. Primarily, in Forlì, I share a bedroom with another girl from the UK. I’ve never shared a room long term before, and I think I would only recommend it if you were only staying somewhere for one semester. Living here has made me open to several new cultures; I live with girls from France, Russia and Japan. Luckily, I live in close vicinity to the University and to shops too. However, Forlì is a very small town and there’s not much to do so it gets boring very quickly.

For anyone thinking of studying in Forlì, for finding accommodation I would recommend using Koiné, a service for Erasmus students who help to find accommodation and organise nights out. They’re really helpful, but totally separate from the University.

Studying at the Università di Bologna in Forlì has been an interesting experience. I had a slow start to lectures because I’d managed to initially choose modules intended for postgraduate students, so I had to find new modules and then sort out timetable clashes, and then I was ill for a week. But eventually, I got started and I’m enjoying the lectures, even though they’re more difficult than in Swansea. Also, if lectures are cancelled, the lecturers aren’t very good at sending e-mails in advance so on many occasions, I have turned up for a lecture only to find out that it has been cancelled. Class sizes in Forlì are much bigger than in Swansea, and they have a much less personal feel to them. I think studying in Italy has made me appreciate the UK education system much more.

I think that homesickness is inevitable on a year abroad. Leaving your country is a massive thing and of course, missing home is normal. In a place like Forlì, with not much to do, keeping homesickness at bay is very difficult, and admittedly, I have gotten to the stage a few times where I was looking at flights back to the UK. Therefore, I’m glad to have a while home at Christmas, a change of scenery but in a familiar environment.

There are many things you can do to help homesickness;

Because Forlì is such a small place, I’ve done quite a lot of travelling, mainly with my housemate from the UK, and another girl from the UK. The only annoying thing is that to go anywhere, it’s necessary to change trains at Bologna which is an hour’s train ride from Forlì. So far I’ve been to Verona and Milan, and when my Mum came to visit me recently, we went to Venice. But, I’ve been to each city where the Università di Bologna has a campus; Bologna, Rimini, Ravenna and Cesena. My favourite place so far is Venice, even though it rained all day. Unfortunately, so far, everywhere I’ve been, I have forgotten to take my Swansea University flag.

Despite having been in Italy for two months, I am still finding it so difficult to grasp the language. It’s always de-motivating when I go into a shop and speak in Italian and the locals either don’t understand or reply in English. Having lectures in Italian is tough too. But, with perseverance, I will keep trying. I think that I might find that I am learning more than I believe I am learning and I hope that will be the case.

I’ve enjoyed my time in Italy so far, in a country I have never been to. I have learnt lots not only about the country and the culture, but also about myself. I’ve learnt mainly to believe in myself more. I am looking forward to going home for Christmas and seeing my family because it’s the longest time I’ve gone without visiting home. After Christmas, I’ll be returning to Forlì for my exams, and then in February, I start my semester at the Université de Genève in Switzerland. The one thing I would like to say about Geneva is to start looking for accommodation early. I only paid a deposit last week for somewhere to live and I’m certain that if I’d started looking earlier I would have found somewhere a bit nicer. I’m going to be living in a halls of residence style building at the Cité Universitaire de Genève. 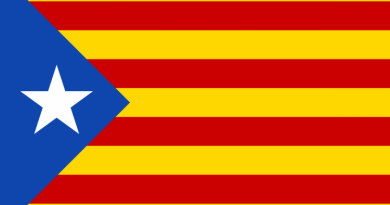 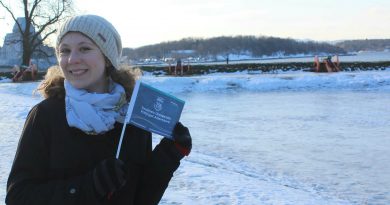 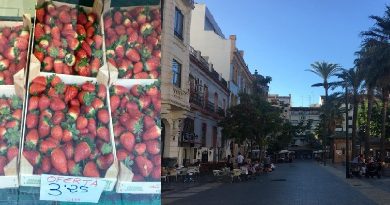